Tyler Farr has an ear for country love songs no one has ever thought of. “Only Truck in Town” is his new single, and in an unexpected way it’s a return to the singer’s roots.

Like he did with “Redneck Crazy” seven years ago, Farr tells a familiar story in a way that leaves you going, “Hmmm, never thought of it like that.”

The follow-up, “Whiskey in My Water,” is a more apples-to-apples comparison. “Left-footed” would be a good way to describe “Only Truck in Town” if Farr tripped, or if the Jason Aldean-produced track didn’t rely on such a strong melody. He doesn’t and it does, so here we are — the song is at the very least going to grab your attention with just one listen.

Nashville songwriting veterans Ben Hayslip, Deric Ruttan and Josh Thompson wrote “Only Truck in Town,” Farr’s first release on Broken Brow Records after a career at Sony. It’s a straight-forward vocal showcase that finds Farr’s grit applied to the soft touches and jolting sparks his lover gives him as they cruise town and eventually park, and he’s convincing. The joy of the song is that it borrows a few bro-ish themes, but bends them enough to create something quite sincere and generous. When you listen you get the sense that that’s where the new Tyler Farr is in life.

Did You Know?: Jason Aldean’s “Drowns the Whiskey” was originally pitched to Farr, but they agreed it was a better fit for the “She’s Country” singer.

Must be fifty other blacked out, three-inch lift kit / Mud tires, radio crankin’ out that old shit /On every corner, every street, every two-lane around here / But man, come Friday night, she don’t want nobody else / Pullin’ in her driveway, standin’ on her front step / A girl like that in a town like this / Yeah, she could have her pick.

Chorus:
When she climbs inside, slides up tight / Says Baby, I ain’t nothin’ but yours tonight / I’m like the only wheels rollin’, the only party goin’ / The only neon glowin’ / Like I’m the only radio playin’ her song / Only shotgun seat with a backroad window rolled down / Yeah, she makes me feel like I’m the only truck in town.

I know we ain’t the only ones parked in a hay field / Watchin’ that sun drop down through a windshield / They all got beer and muddy old tires / But they ain’t got her settin’ their night on fire.

Next: Listen to the Top 40 Country Songs of February 2020

From Android to iPhone And Back To Android

KFC Firelog Back For The Holidays – Get’em While You Can

Best of the Web

Our Facebook page is sponsored by:
Marketplace at Augusta 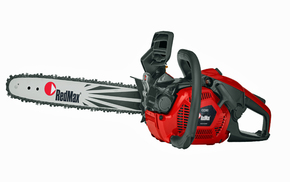 Certificate for a RedMax GZ360 Chainsaw From Chase Toys

Welcome back to Stinger's Scoop Club

It appears that you already have an account created within our VIP network of sites on . To keep your personal information safe, we need to verify that it's really you. To activate your account, please confirm your password. When you have confirmed your password, you will be able to log in through Facebook on both sites.

*Please note that your prizes and activities will not be shared between programs within our VIP network.

Welcome back to Stinger's Scoop Club

It appears that you already have an account on this site associated with . To connect your existing account just click on the account activation button below. You will maintain your existing VIP profile. After you do this, you will be able to always log in to http://b985.fm using your original account information.

*Please note that your prizes and activities will not be shared between programs within our VIP network.

Please fill out the information below to help us provide you a better experience.

Stinger's Scoop Club brought to you by:

Stinger's Scoop Club brought to you by:

Thank you for your request.